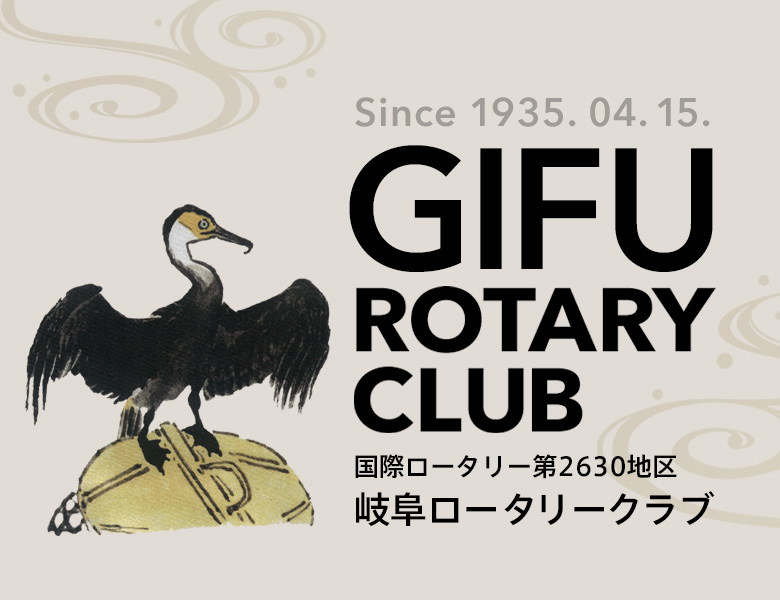 I. Cormorant-Fishing on the Nagara River

Those methods by which man carries on hunting or fishing with the help of animals or birds, have long been practiced in not only in Japan, but in various places throughout the world. Here in Japan, cormorant-fishing and falconry are the most popular.

Cormorant-fishing originally was a form of fishing in Japan. Books written many years ago reveal that this form of fishing was practiced in various places in Japan. With time, this practice gradually dwindled, and today, the Nagara river in Gifu is the only example of this kind of traditional fishing to survive.  According to the old record book ”Wamyo-sho”, Mino Province, the old name of the southern part of Gifu prefecture, had seven villages where cormorant-fishing was practiced. It is only natural that cormorant-fishing has its foundation there, situated among big rivers, the Kiso, the Nagara and the Ibi.

Besides this favorable geographical condition, Nobunaga Oda, a feudal lord, supported the cormorant-fishermen, giving some of them the honorable position of “U-Sho”, Master-Cormorant-Fisherman, and helping fishing industry to develop.

In the days of the Tokugawa Shogunate it was brought under the direct control of Owari-Han, a feudal clan, one of the three descendants of the Shogunate. A rice fare of 10 ryo (2,500dollars) was issued to the twenty-one master-cormorant-fishermen (fourteen of them were from the Nagara, seven from the Oze) and ordered them to send fresh-water-trout-Sushi(pressed boiled rice with fish) packed in four pails to Edo Castle(Shogunate’s place) once a month from May to August every year. The quantity of fish varied according to the circumstances of each year. The success of the cormorant fishing was promoted through the fishermen’s privileges over the rivers given by the feudal lord.

The cormorant fishing at first was under the protection of the feudal lord. With the Imperial Restoration of 1868, and the system of government being changed, the 300 year-old protective policy of the Tokugawa Shogunate came to an end. The cormorant-fishing met many difficulties never before experienced, but has managed to survive with its long tradition. It has been maintained and protected by the Emperor since 1890, under the direct control of the Imperial Household Department.

This original style of fishing has long been preserved in its purest form, and its technical skill refined to the utmost extent. All the utensils used in cormorant fishing are now regarded as important cultural goods or historical materials.  The origin of the cormorant fishing can be traced back as remote as 1300 years ago. It is worth mentioning that cormorant fishing fostered under the policy of the feudal lords, has actually experienced vicissitudes of fortune. This traditional form of fishing, particular to Japan, has been preserved generation after generation in the Nagara, through the strenuous efforts of master-cormorant-fishermen.

Such being the historical background of cormorant fishing, the Japanese and people from other countries visiting Japan enjoy the chance to appreciate this classical style of fishing. Night after night, year after year, the bonfire of the cormorant-fishing is seen, reflected in the waters of the Nagara.

The cormorant fishing here at the Nagara river uses a “Sea Cormorant”. Cormorants are found all over the world, except in the Middle Pacific. There are four kinds of cormorants in Japan:

III. How to Capture and Train Cormorants

Cormorants living in the sea are captured and then trained for fishing. In the past, wild cormorants were from Shino-Jima in Aichi Prefecture, but later they decreased in numbers. Today, the cormorants used are captured off the seashore of Ishihama in Ibaragi Prefecture and transported from there. In Ishihama, they catch wild cormorants with lime-stick. The birds are lured by decoy birds to come down from the side of the cliffs. The masters try to keep in close contact with their cormorants. For example, they take the cormorants out of the cage and massage their heads or bellies, so the birds will get accustomed to living with the fishermen. The least bit of the anger by the masters will quickly be conveyed to the cormorants, so the masters try to treat the cormorants as tenderly as possible. Everyday, early in the morning, they bind the cormorants with hemp strings around their necks and let them bathe in the river. It takes about two weeks for wild cormorants to get accustomed to fresh water and to accommodate themselves to living on the land with their masters or other people.

IV. Forms and Manners of Cormorant-Fishing

At the present time, on the Nagara every night from May 11 to Oct. 15, except when the water has risen or is muddy, cormorant-fishing is practiced. The fish are mainly ayu or fresh water trout. The time and place varies every night, but it is centered around Mt. Kinka.

As to the fishing boats, there are six of them at the Nagara river in Gifu City and 3 in Oze in Seki City. Each boat is made of Chinese black pine board 3 centimeters thick, 13 meters long at the top. For cormorant fishing, 3 men are always on board.
The Master-Cormorant-Fisherman stands at the bonfire wearing a long-traditional costume of Kazaori-Eboshi (a kind of a hat) and Koshi-mino(a kind of loin-cloth made of straw). The fisherman holds tightly by his left hand the strings for a dozen cormorants, adjusting with his right hand, trying to keep them from tangling.
Pine wood is placed on the bonfire properly. He sometimes lets the cormorants regurgitate fish from their gullets. At the stern of the boat, Tomo-Nori(Stern-boatman) drives the boat in collaboration with the center boatman. With the exception of the master, all hands are lively. It is wonderful sight to see the men, the cormorants and the boat in perfect harmony. Rain or shine, the cormorant-fishermen’s gallant shout “Ho-ho!” can be heard on the rushing water of the Nagara. They try to let the cormorants do their best hunting, which means they must work carefully to keep the strings from knotting.

The hand strings used to be composed of 3 parts, hemp-string, baleen, and lignin of Japan cypress. The hemp-string, which is used to bind the cormorant’s body, consists of two parts, the thick, short, neck-bind 36 centimeters long, and a thin long belly-cover 81 centimeters long. The hemp-string is to bind the cormorant’s neck. The way to bind the neck is intimately connected with the results of the fishing, so the masters have to study how to bind it sufficiently well. The neck-bind must be bound up with the proper degree of tension to allow some portion of the fish to get caught by the cormorant, but still go through its throat down to the stomach. Besides, the masters have to adjust the binding according to the physical condition of the cormorants which varies every day, according to the amount of work that the cormorants can do. Careful observation of each cormorant is always snecessary.
When the master decides the days work through adjusting this neck-bind, after surveying the condition of each cormorant’s gullet, the attitude of flapping, the color of its feather,their appearance and figure.
The belly-cover is to prevent the neck-bind from slipping off, and at the same time,it can be a help for the master to get the cormorant into the boat from the water, preventing the cormorants from fatigue. This belly-cover-string goes around the cormorants body just under the joints of the wings and is bound up tight on the back.